© 2019 Mila Dolman
The Avant-garde Zoo
We let our animals out of their cages for a walk on the hospital lawn. Their formation has also changed. It's like a huge children's construction set, a legacy of constructivism. In the year of the100th anniversary of the Black Square we tried to look a little further. Just at the same time with the first children's book of Marshak, Architectons of Kazimir Malevich saw the light, largely determining the exterior of the twentieth century. Suprematism went into architecture and acquired volume.

Animals of 'The Avant-garde Zoo' are created on the principle of the same architectural formulas and the same tectonics. They are simple and clear. Like children, we began to construct our drawings with the simplest geometric shapes, devoid of decor. Everyone can 'draw' this way, even those who 'can not'. Square constructivist animals have lost their usual colours; they acquired new colours and patterns. These are interpretations of prints by Varvara Stepanova and Alexander Rodchenko. In 1923, the first issue of the magazine LEF saw light, and it became a platform for the implementation of their bold graphic ideas. Constructivism became a catalyst for graphic design and applied arts.

The animals of 'The Avant-garde Zoo' can be not only watched; children can participate in painting the animals on stencils applied to them. The sculpture becomes a large 3D 'colouring book', acquiring the features of an interactive pop art installation or graffiti object. In this work, I wanted to establish a link between our heritage and the presentday, to educate children about art and give them a different atmosphere. 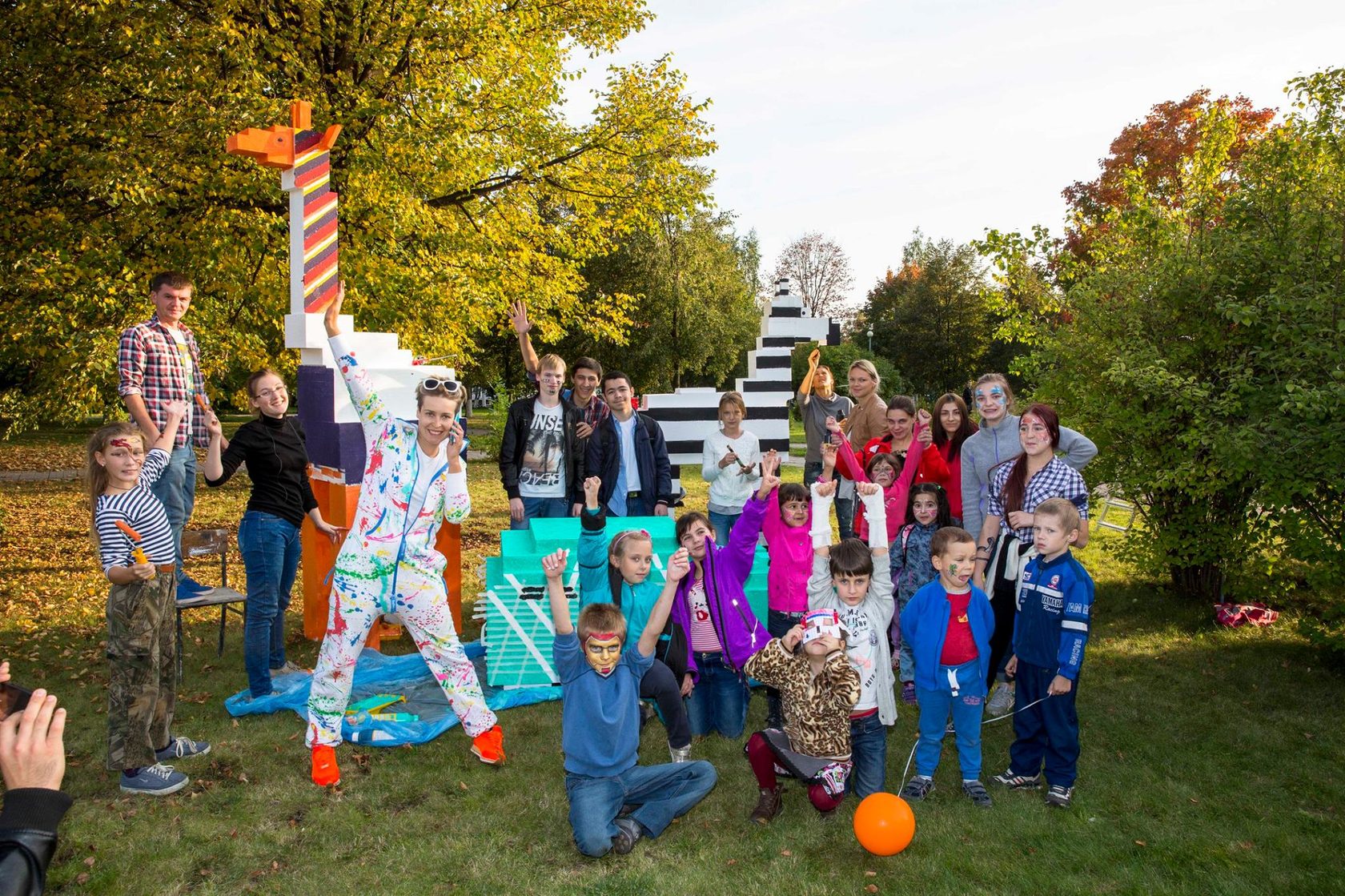 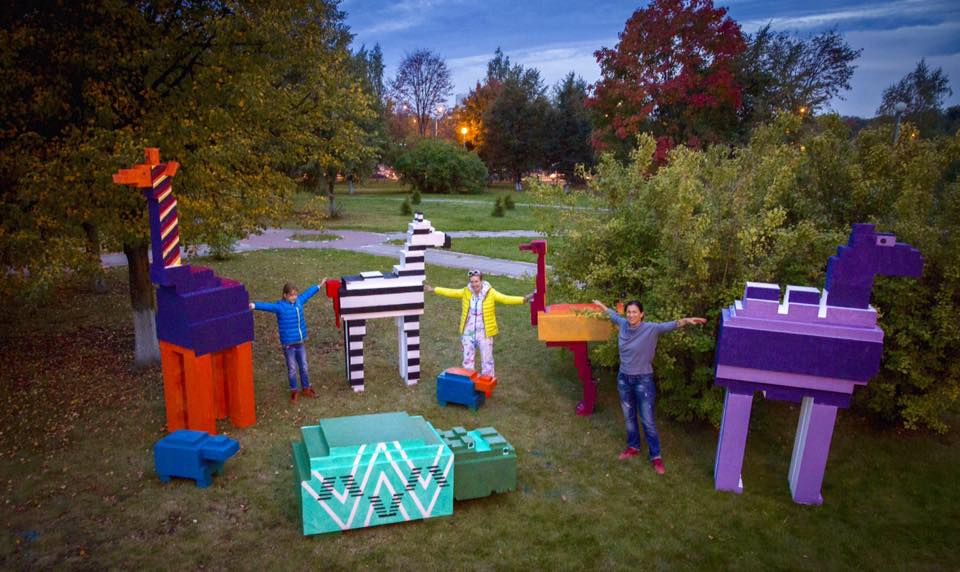 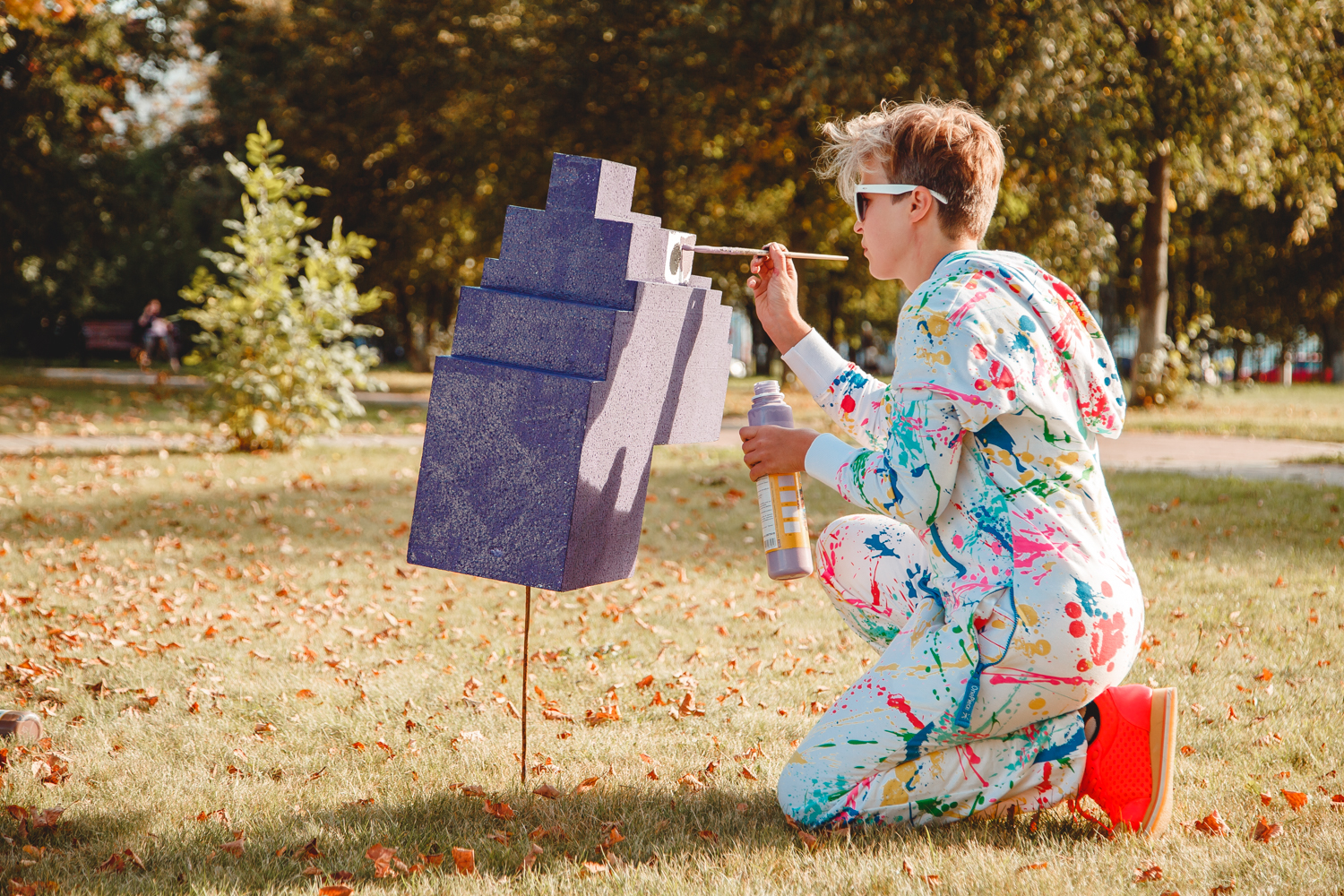 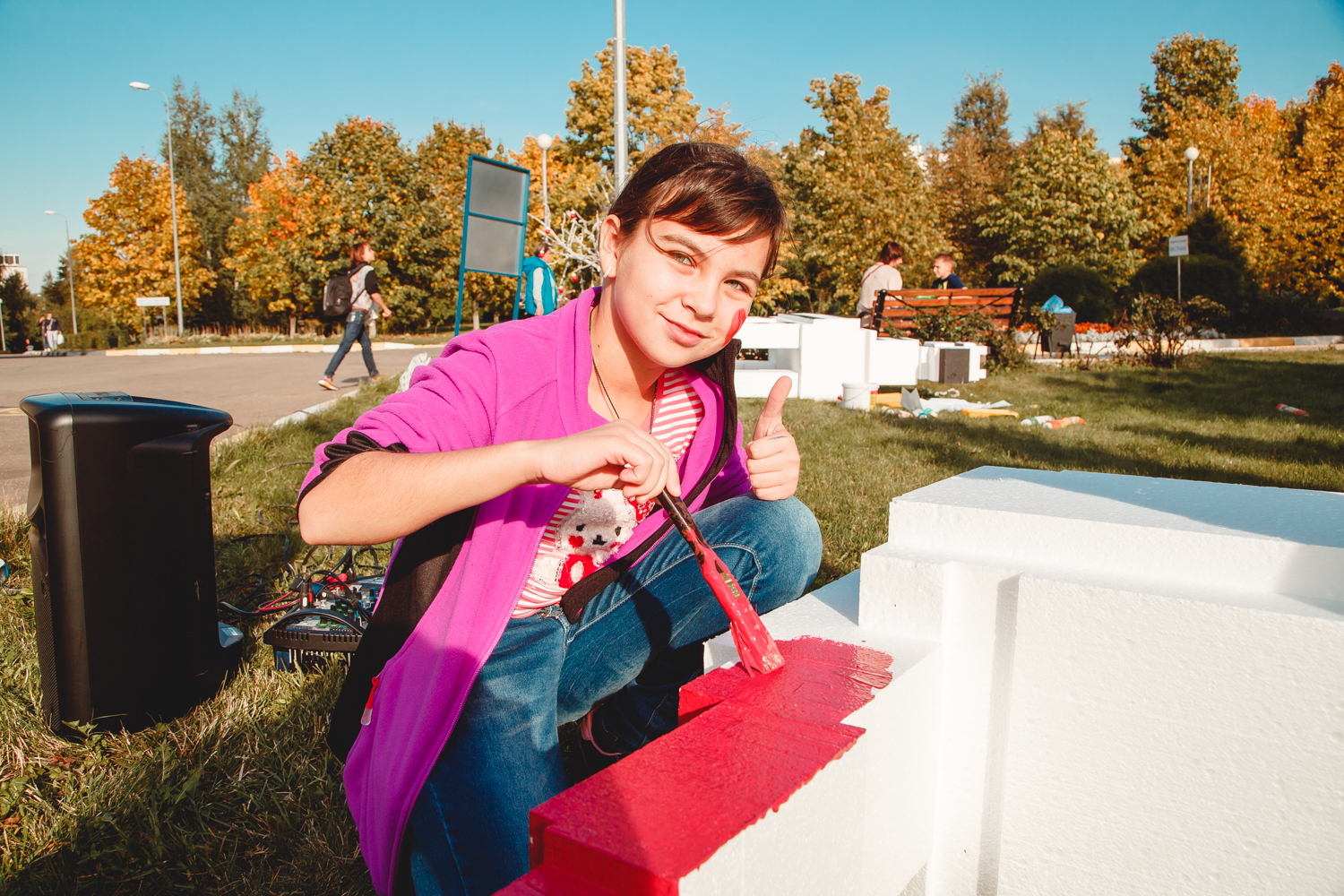 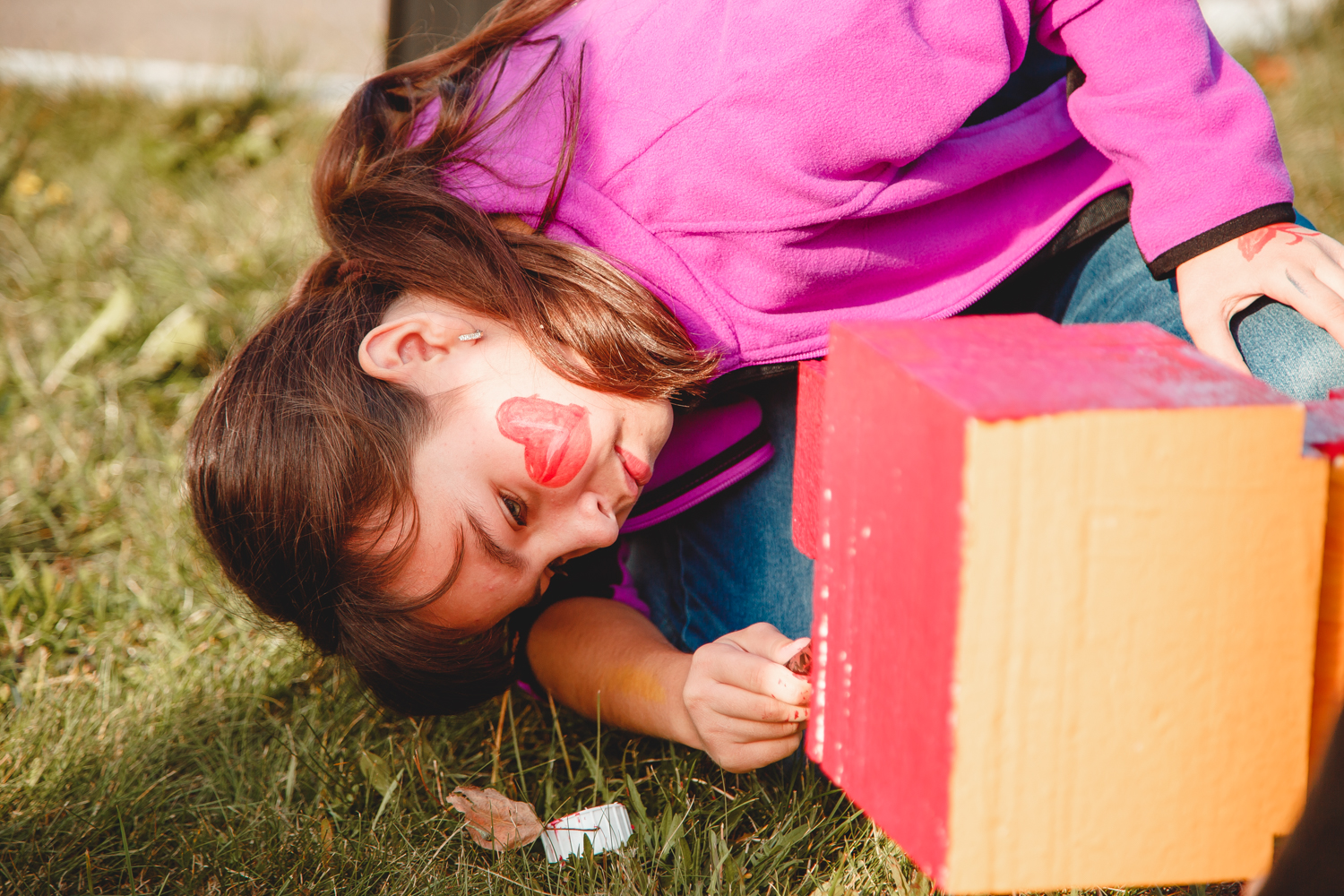 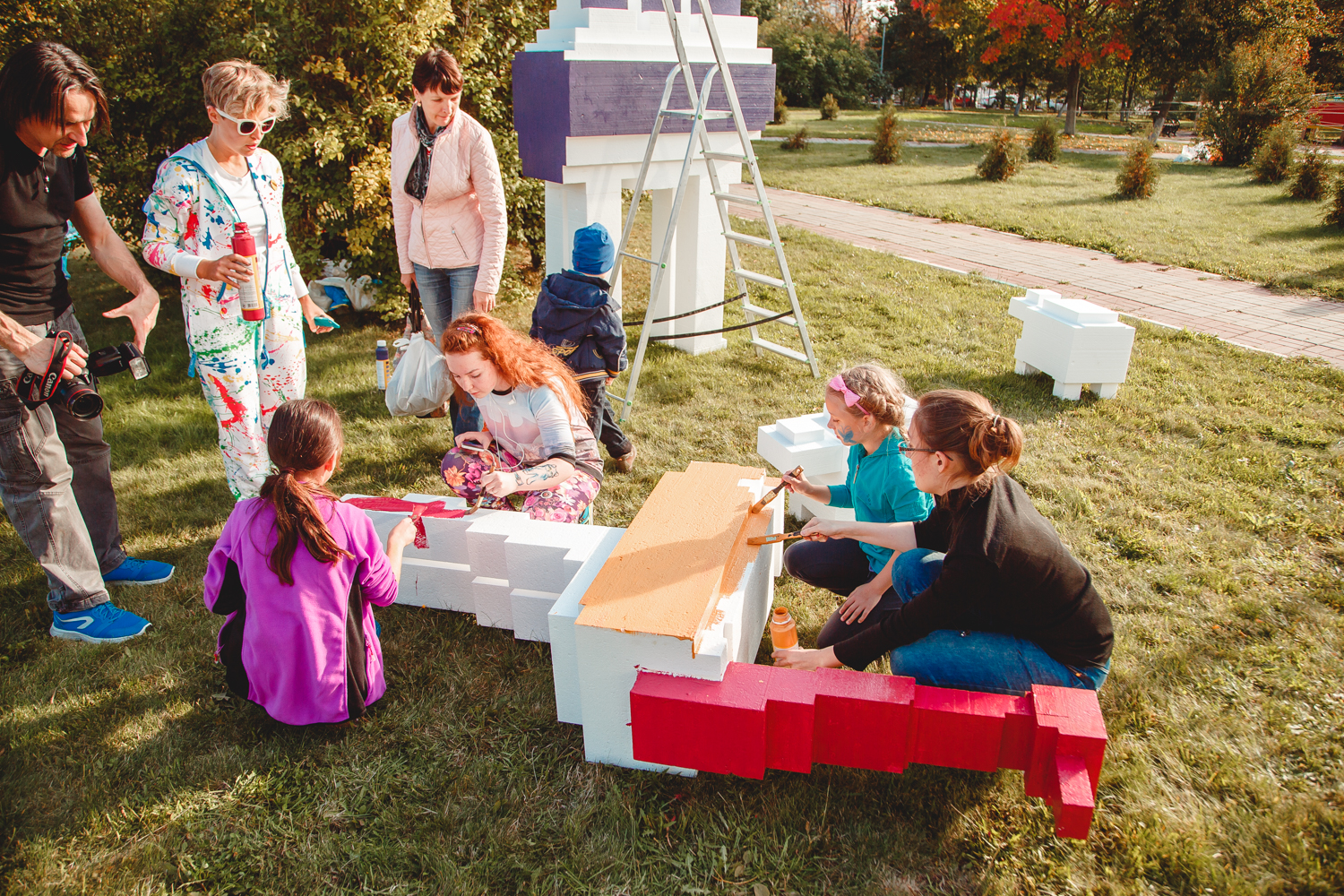 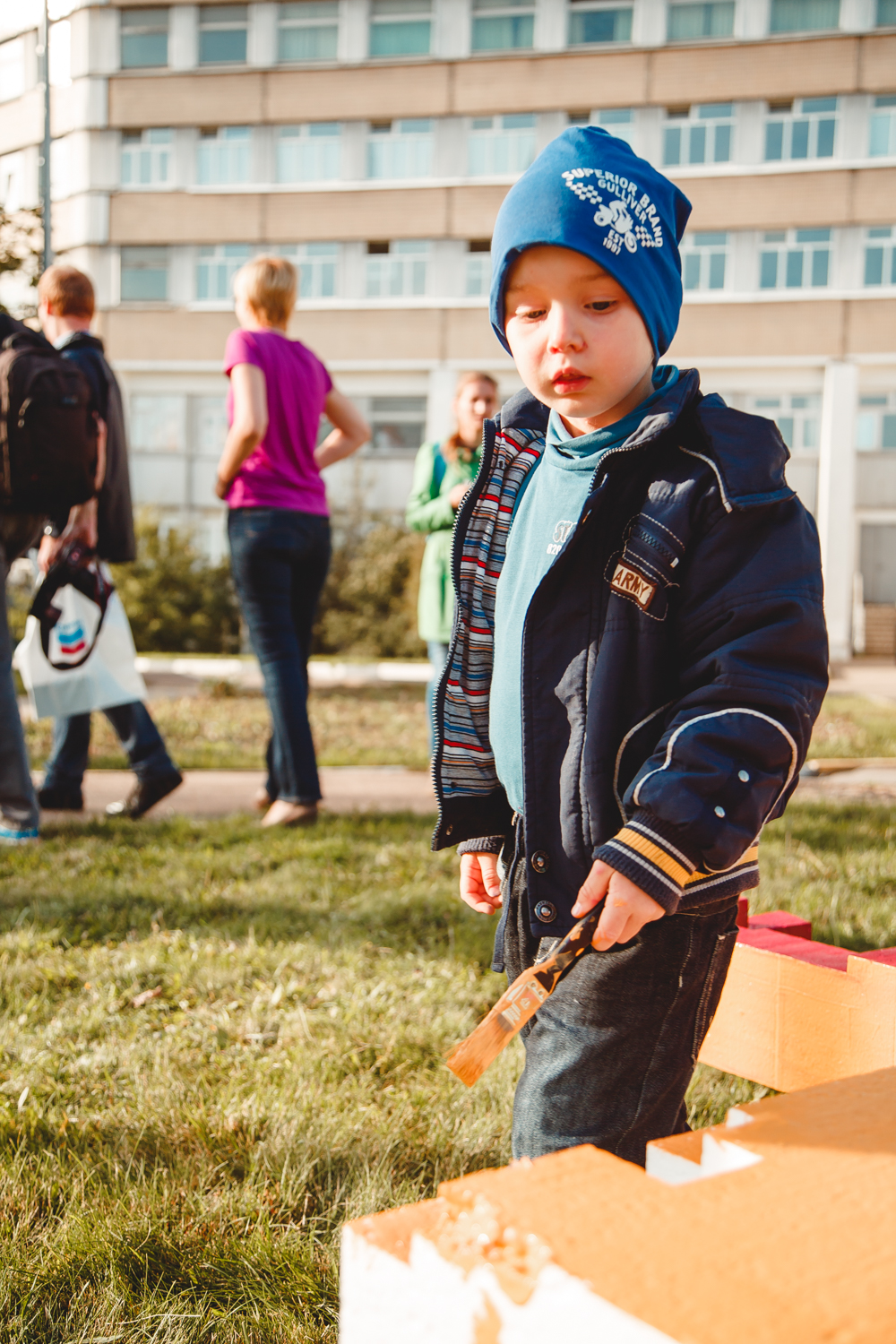 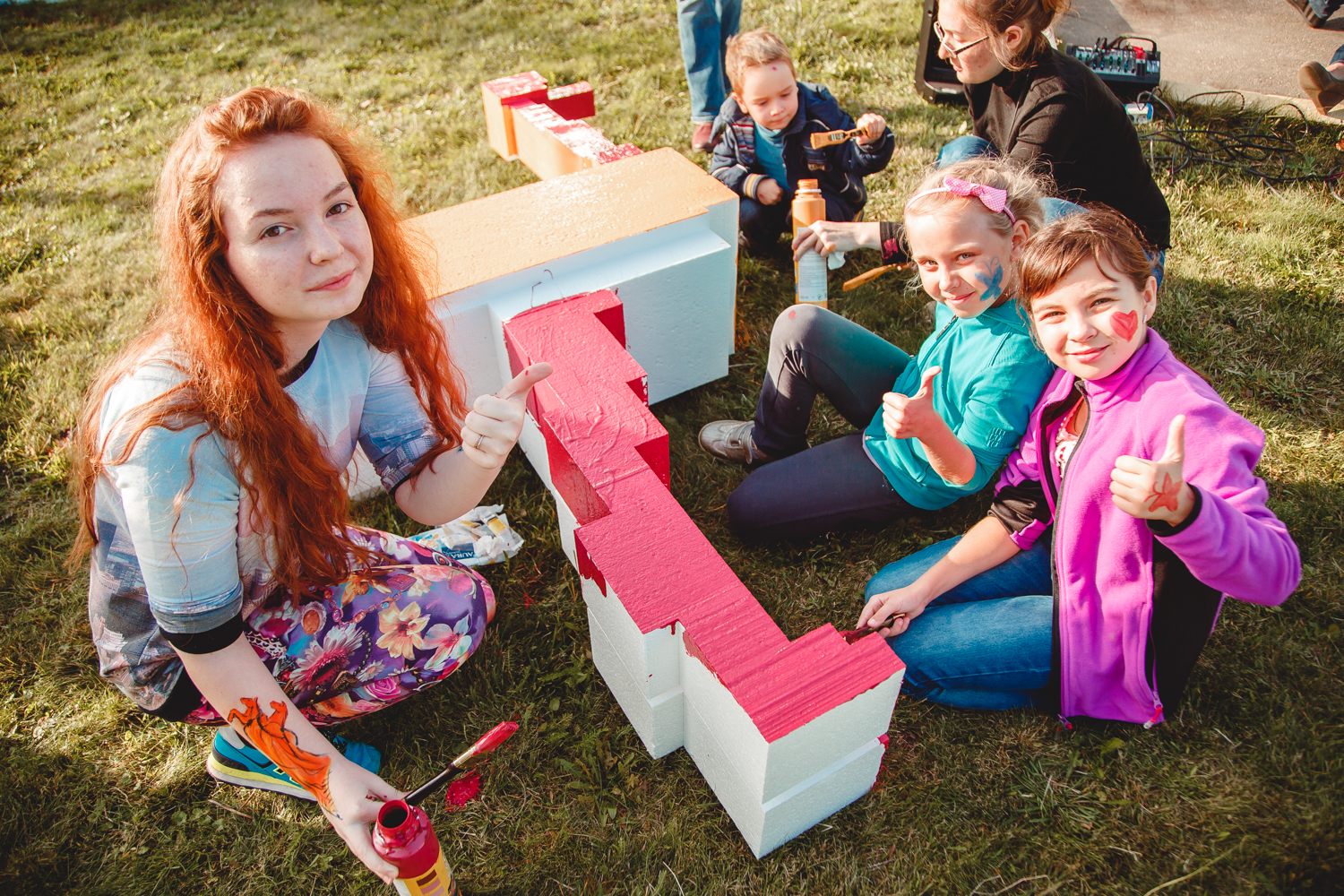 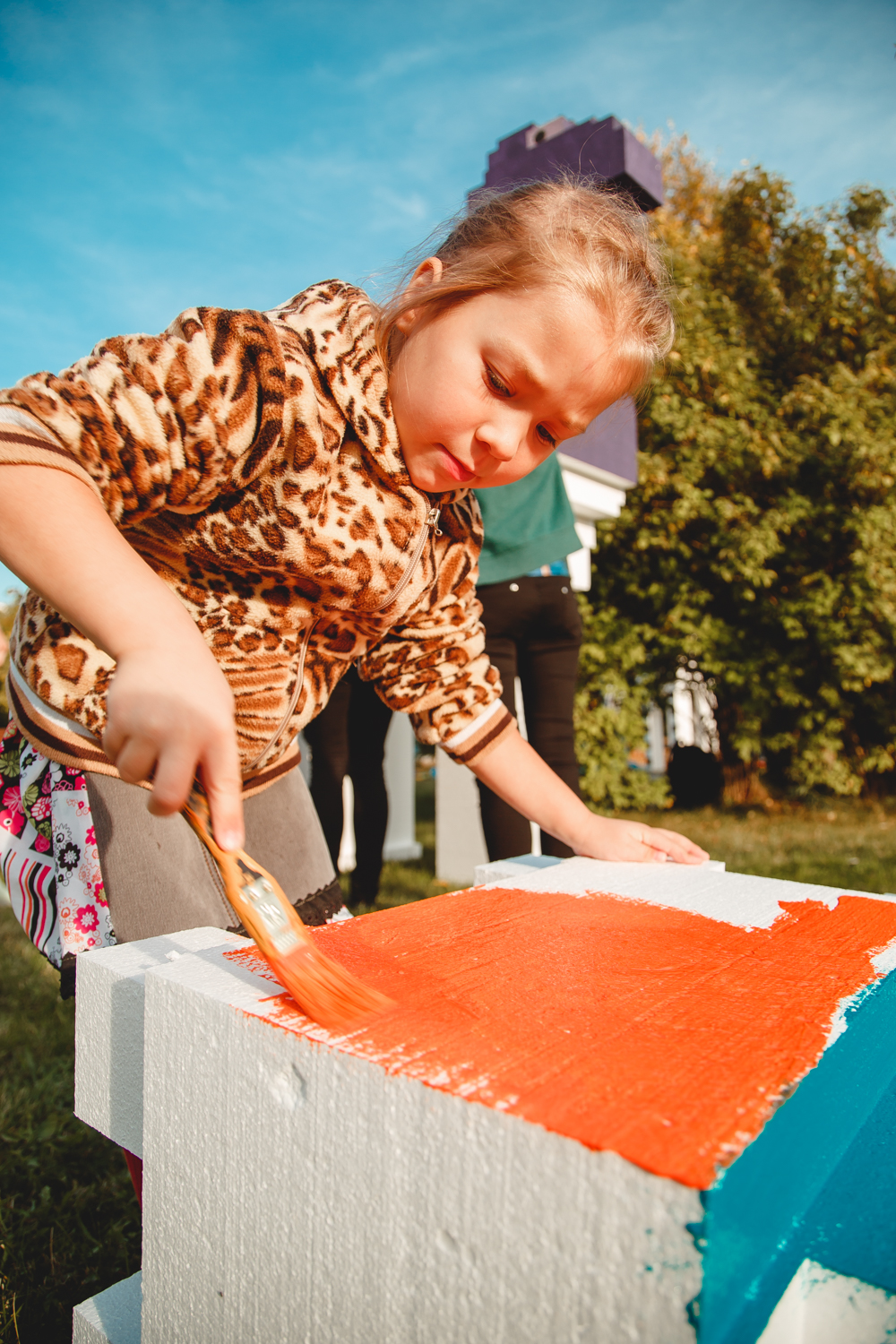 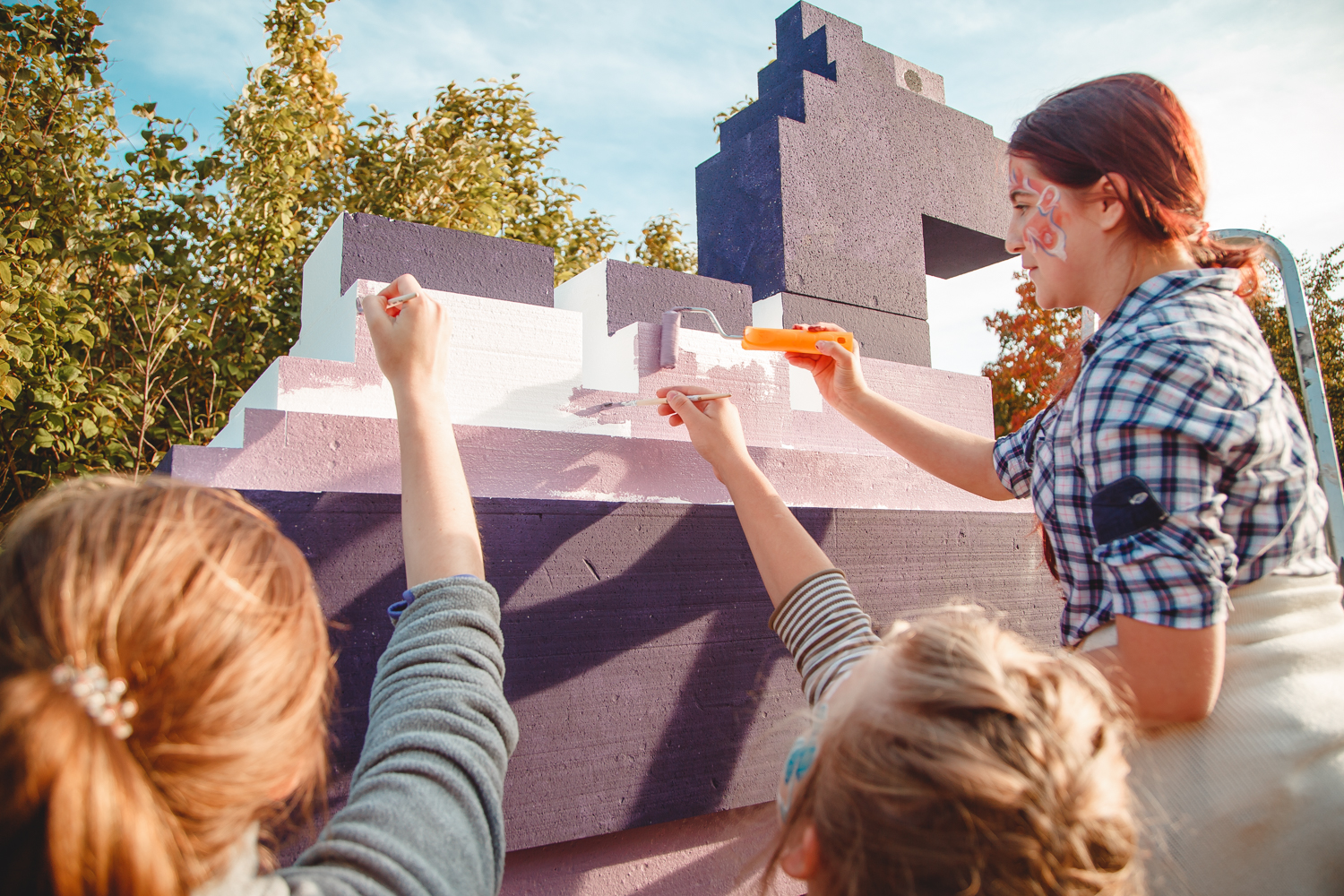 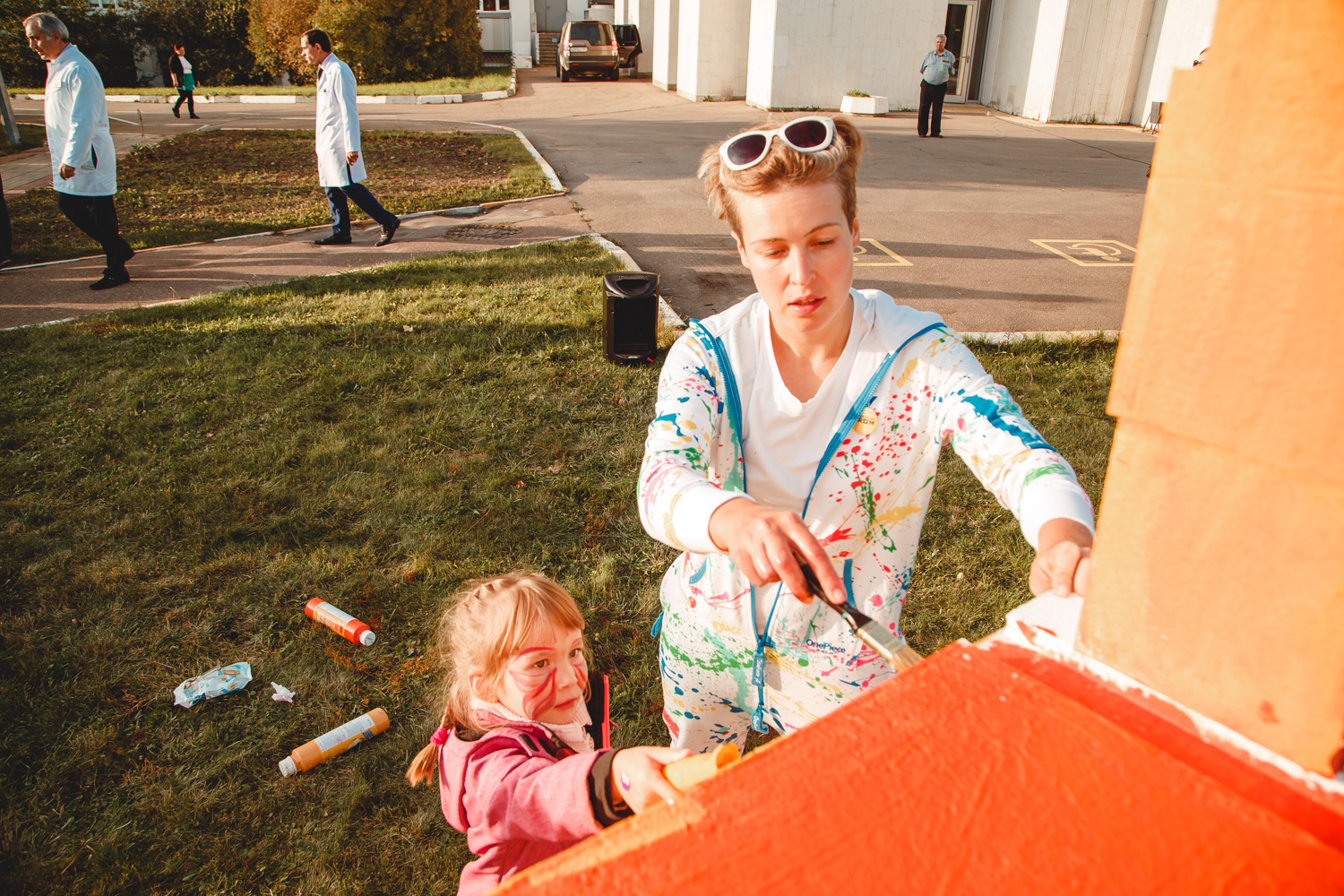 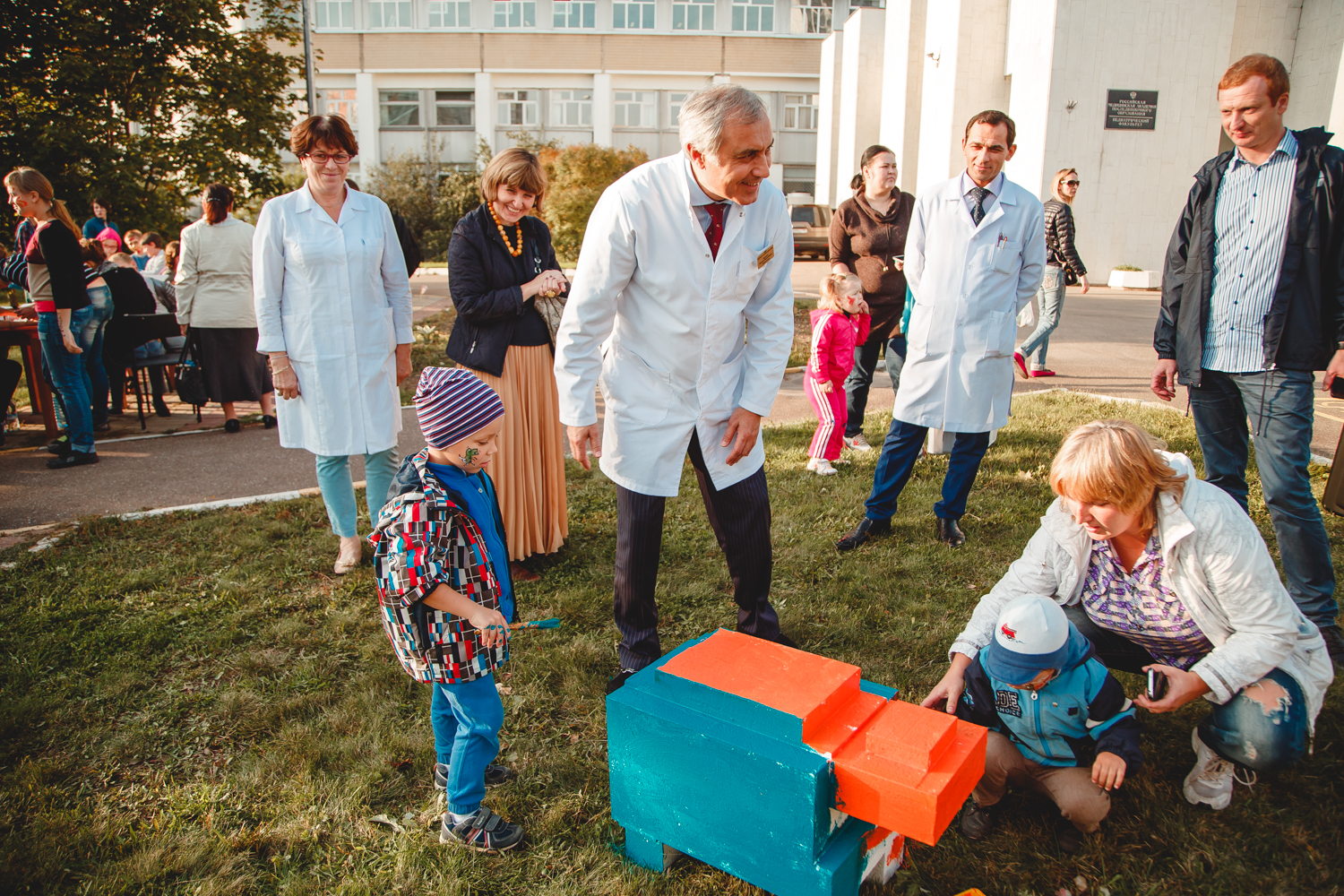 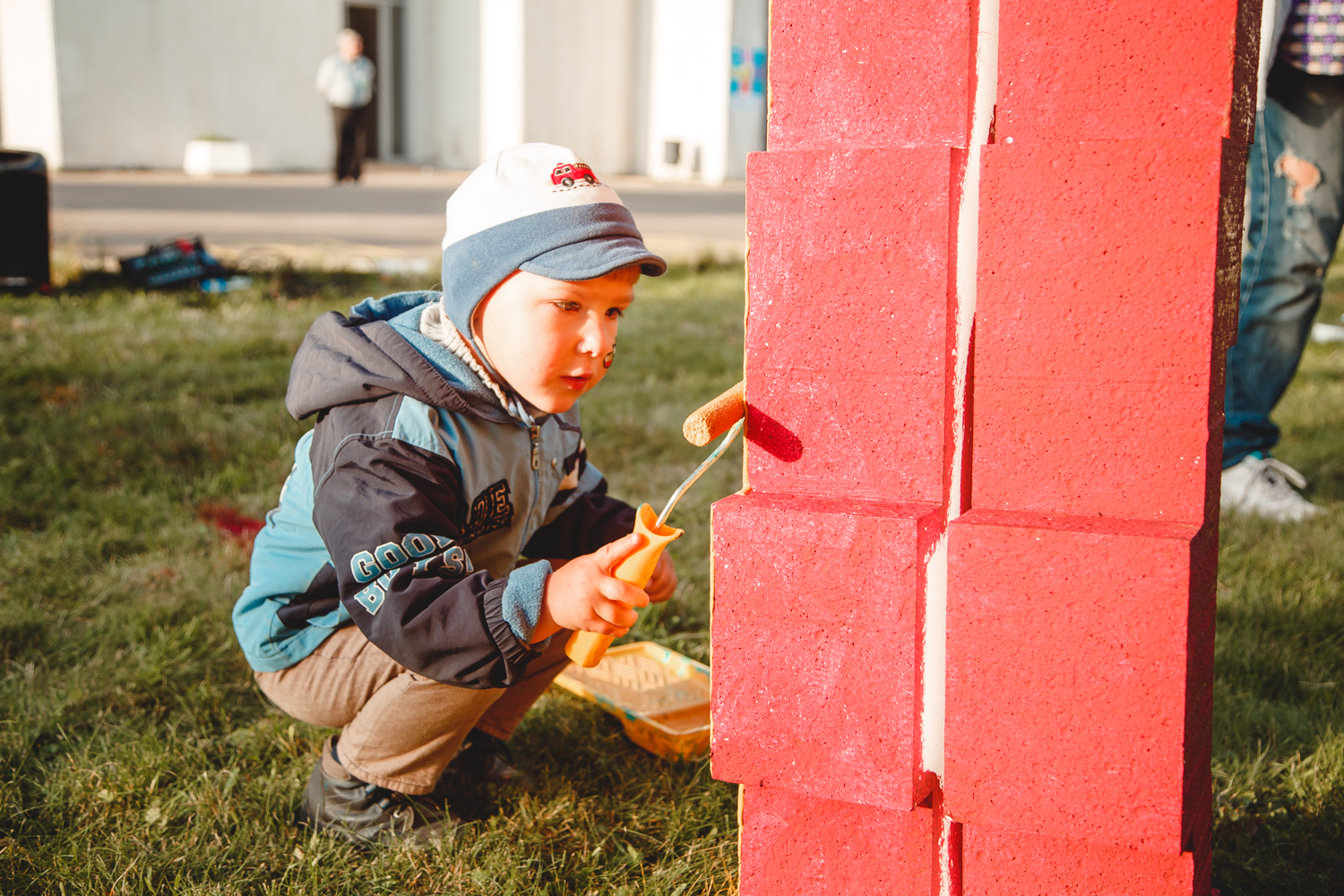 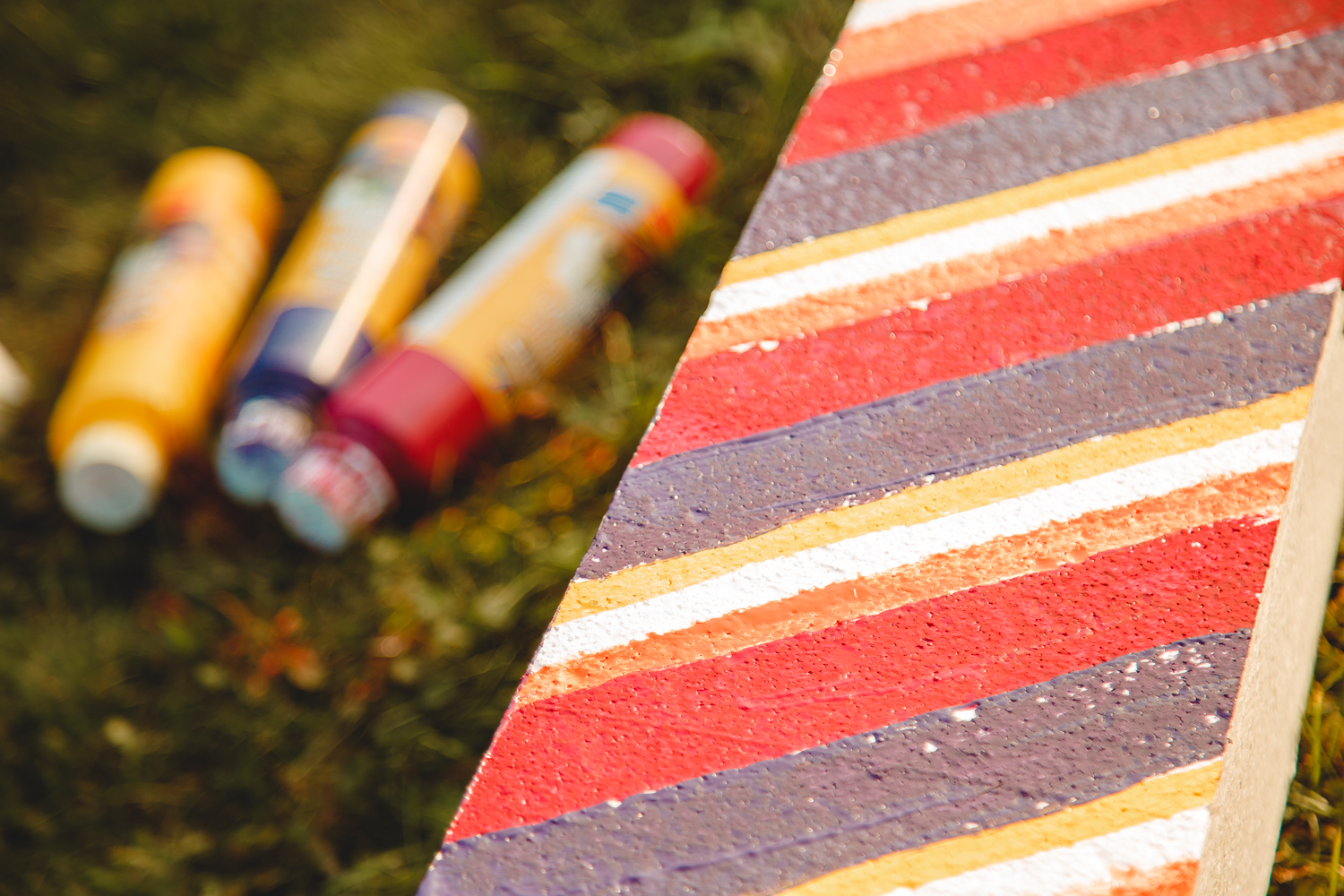 A hospital is a place where children, albeit temporarily, find themselves in a space of unfreedom. They have to play, eat and sleep strictly on schedule. They can't leave the hospital when they want to. The smallest ones stay with their parents; the older ones are alone. Adults understand that this is right: quarantine and hospital care is often better than at home. But for children, it is important that they were left without a family and a familiar atmosphere. Time moves slowly in childhood. What seems like an hour for adults is almost an eternity for children.

Russian writer Samuil Marshak wrote the brightest work for children on this comfortable unfreedom. In 1923 he made his debut with the poetic book "Kids in a Cage", one of the best children's works that withstood dozens of publications. Many Russian poets were concerned with the theme of the zoo: Velimir Khlebnikov, Boris Pasternak, Sasha Chorny. "Apparently, the fact that next to us, in the city, lives an exotic animal or bird, which we can look at and contemplate any day, and for which we ourselves are strange creatures crowding its cage – occupies the poetic imagination from childhood" – writes literary critic Vladimir Glotser. For the poet, no matter whether he writes for children or for adults, the zoo is a lyrical theme. But in the cells of Marshak's poems there are not only adult animals – there are their cubs, the first ones with whom small children start to associate themselves.