© 2021 Mila Dolman
Brick horse
The Russian Museum of Decorative Arts participated (26 Sep 2015) in 6th Moscow Biennale of Contemporary Art with an exhibition titled 'Intervention'. The project arose from the desire not only to see the permanent exposition in the museum, but also to introduce contemporary art into museum spaces.

'Brick horse' is part of that exhibition. I wanted to see the deconstructed reality of the past with my own eyes and to try to recreate it from the ruins as a consequence of this deconstruction. In fact, exactly 100 years ago everything was completely different in Russia, as Michel Foucault wrote: "This great cultural expansion, in the fields of linguistics, mythology, folklore, etc., which had preceded and in a certain sense coincided with the Russian Revolution of 1917, had afterwards been swept away and almost crushed by the Stalinist steamroller."
The Russian Museum of Decorative Arts
6th Moscow Biennale of Contemporary Art Special Project
Nicolas Iljine, russian art ambassador, Mila Dolman 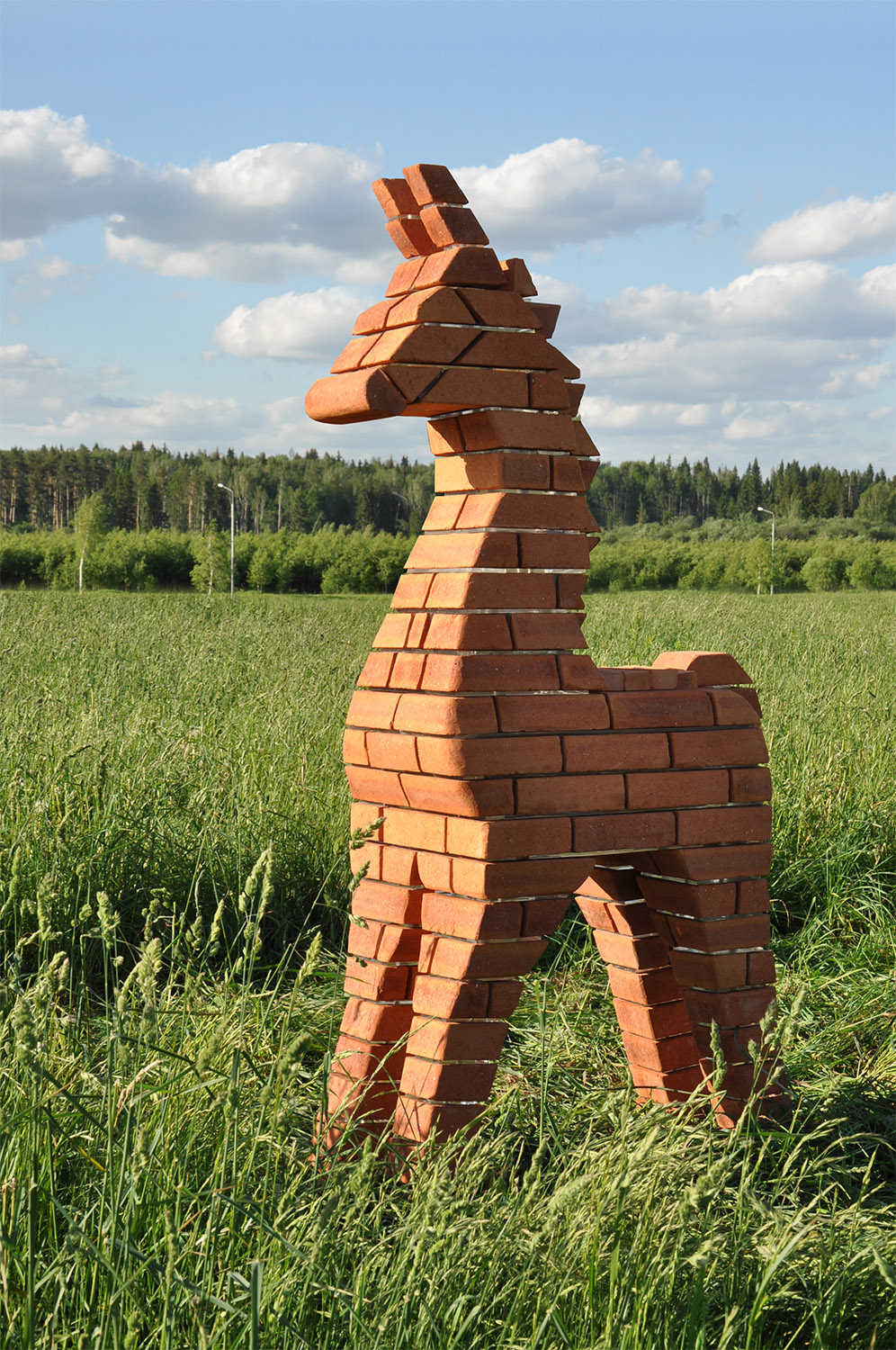 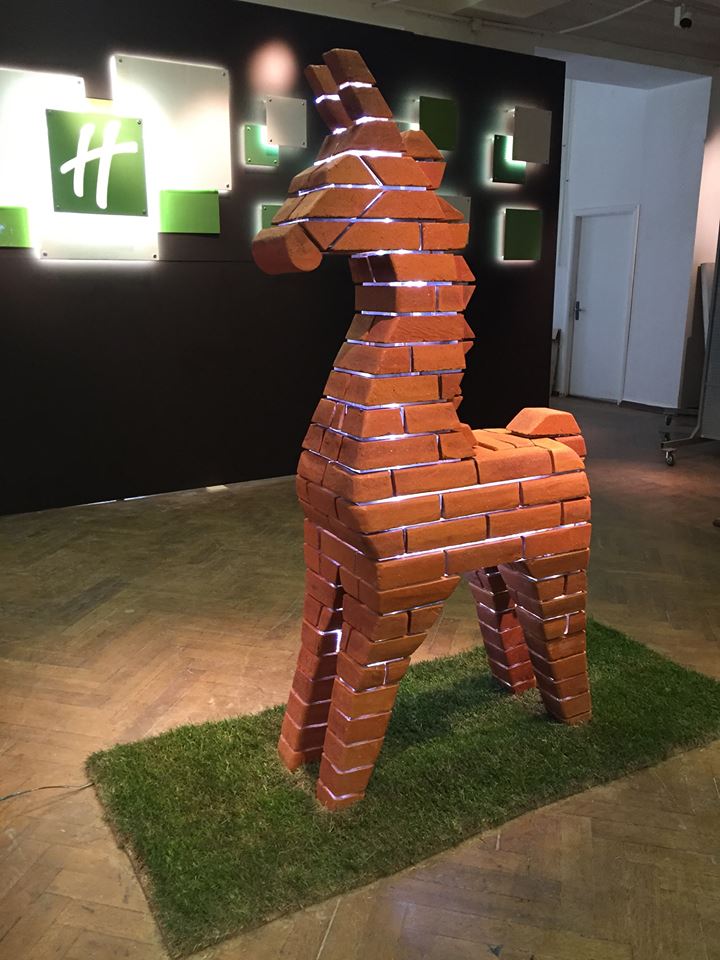 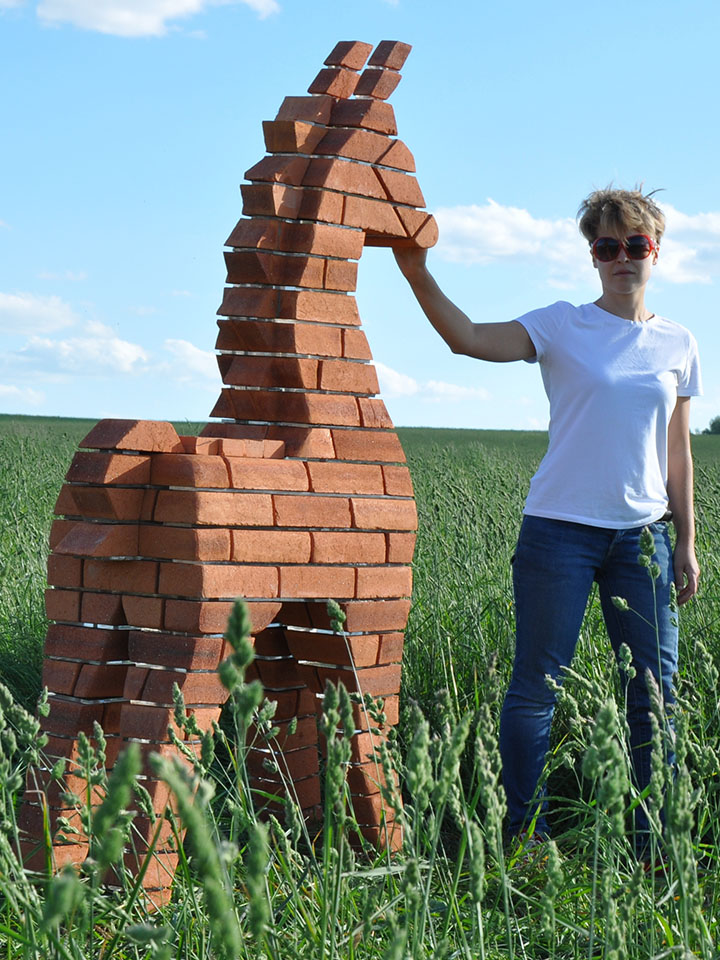 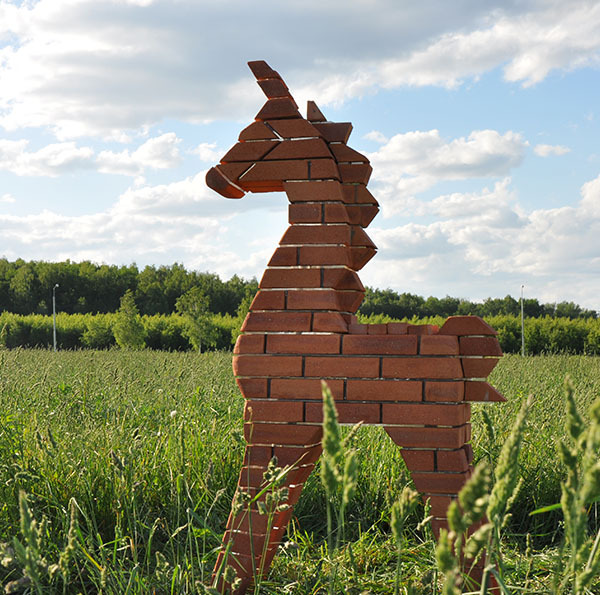 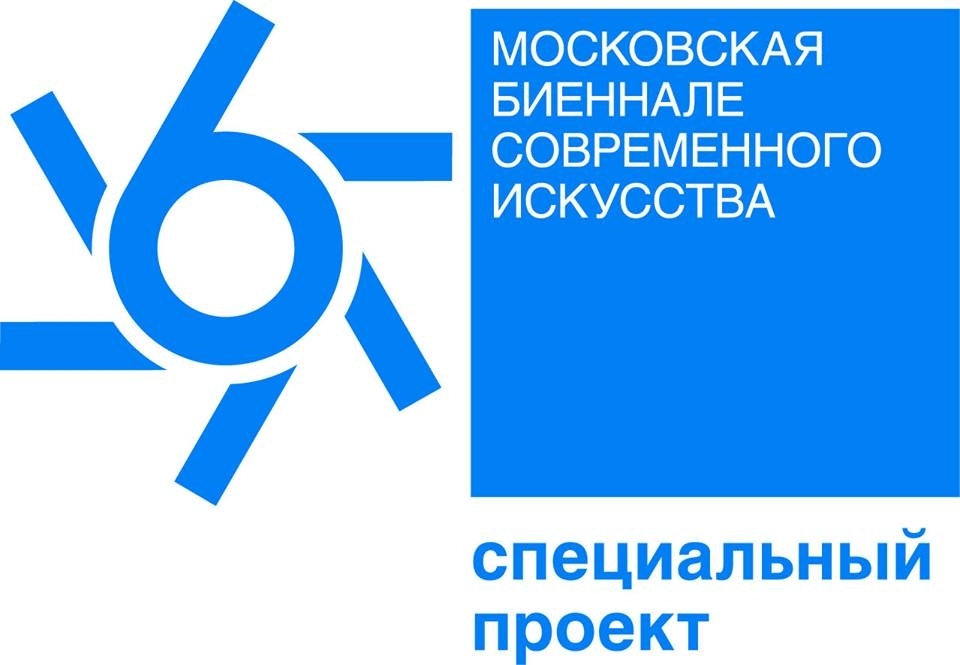 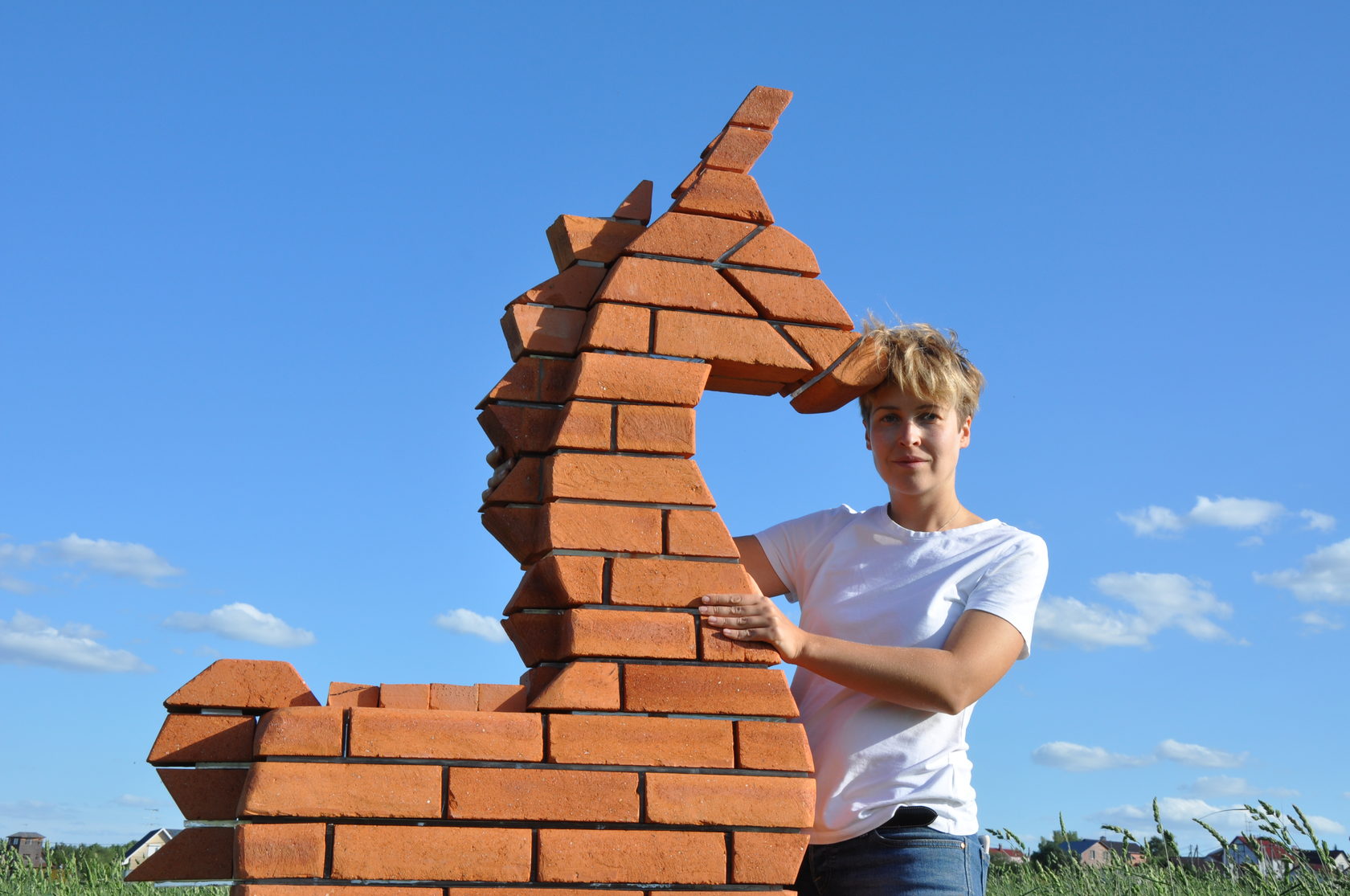 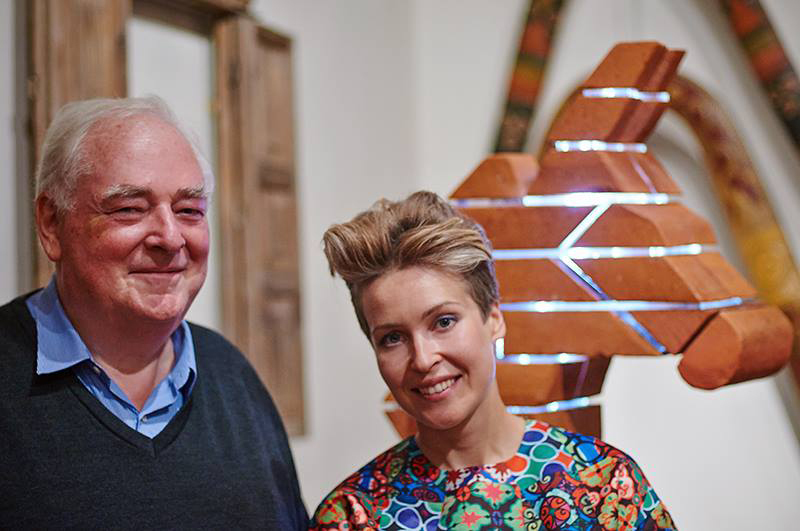 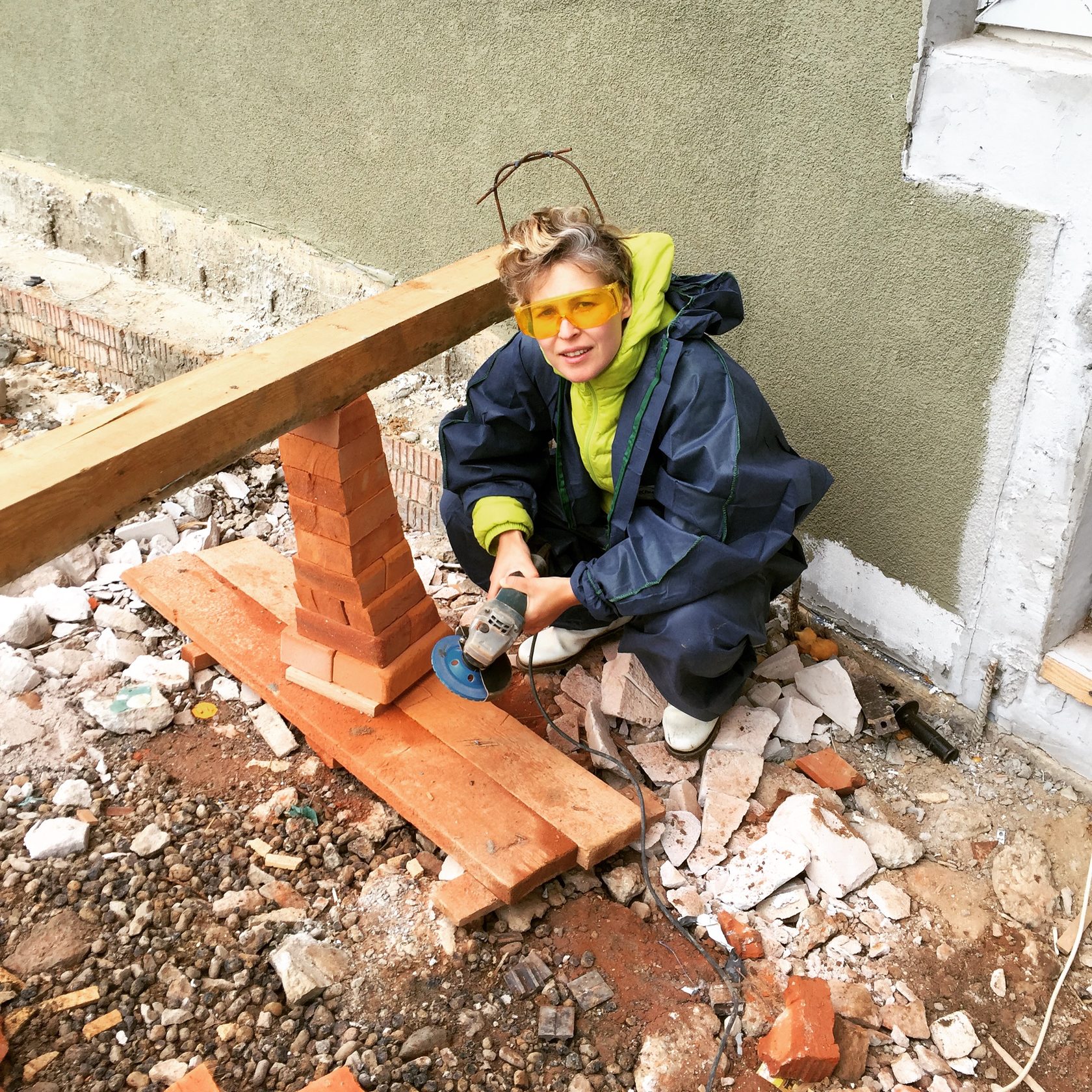 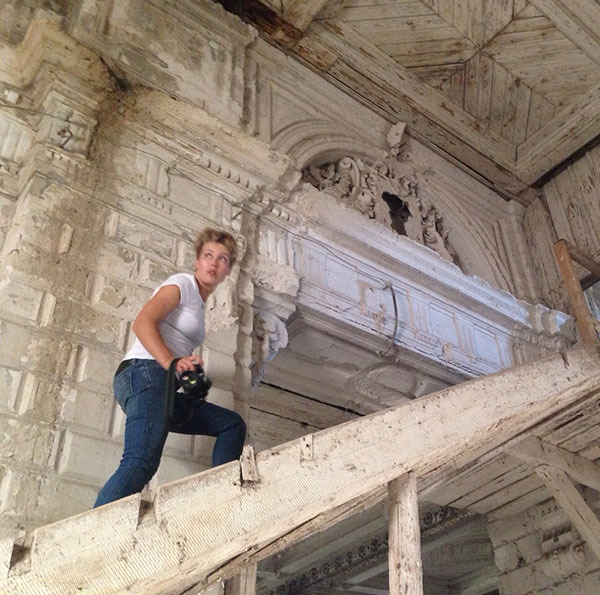 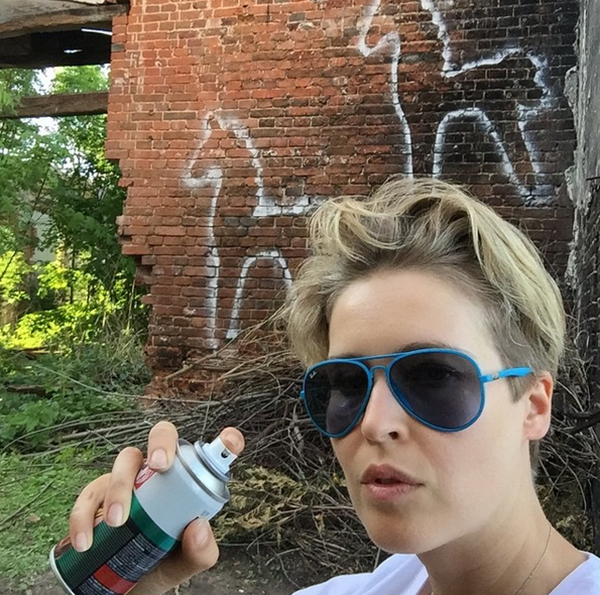 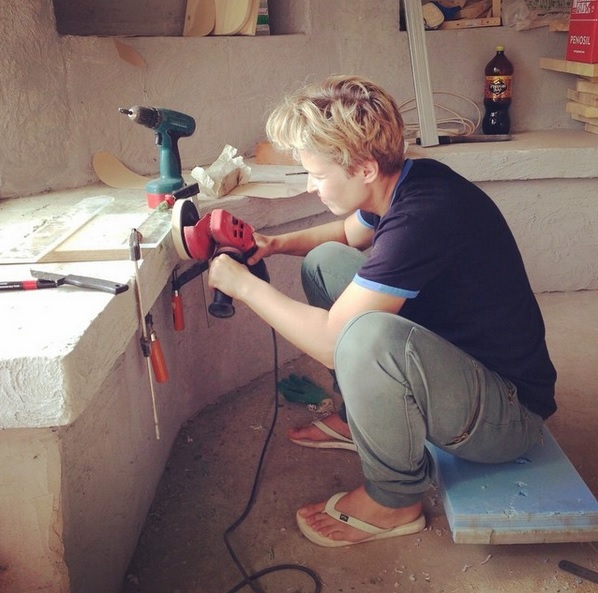 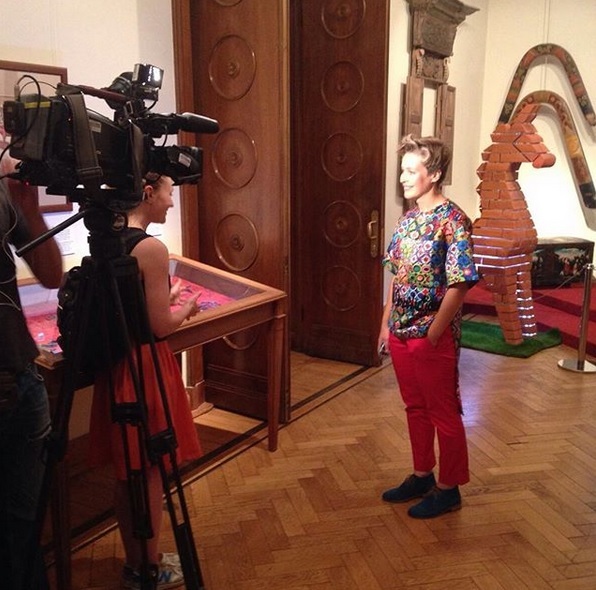 *Sponsored by Audi
Brick horse. 2015. Bricks, fibreglass composite, light diodes 110х50х180
I have always liked the image of a horse, the Nomadic symbol, lost by modern society, a symbol of endless wandering and a nomadic life. I went on a trip to Russia to the Ryazan region*, where, before the Revolution, one of the most beautiful stables were located, built by the famous Russian architect Fyodor Shekhtel.

This trip shocked me. Empty and deserted churches, on the roofs of which trees had already grown, a ruined palace with rotten floors and stables with a collapsed, that were more like palaces for people than a place for horses.

This project was also my final project after graduating from the Stroganov Moscow State University of Arts and Industry. It caused a serious scandal, as it was the first work in the Department of Ceramics, which was made without using the kiln.